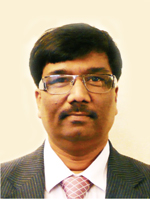 As we gear up to raise a toast to Indian Cinema which is more than 100 years old. However till date reach of a cinema has been limited to merely 10% of the Indian population with meager count of approximately 9,000 screens across the country. If we look back, Cinema Industry initially commenced its journey with Single Screen Format and with evolution it was adopted by Multiplexes & Miniplexes.

Single screens theatres did not upgrade their quality with time. Thus, due to poor and miserable infrastructure standards, audiences started avoiding single screen theatres especially with their families. Where on the other hand, Multiplexes & Miniplexes do offer luxurious services along with high quality standards making Expensive ticket prices for masses.

India is a land where cinema is worshipped like a religion but due to lack of any other alternative, cinema lovers have to compromise their movie watching experience to mobile phones, laptops, and televisions. Keeping in mind current scenario of the cinema industry, In a nation of approximate 120cr Population which has been served by merely 9000 screens. Considering this deficit and wide opportunity K Sera Sera Group proudly introduces “CHHOTU MAHARAJ – Cine Restaurant” which brings a Great Revolution in current cinema viewing formats with its unique idea and concept of 7 Course dining with latest theatrical entertainment to masses which are deprived of cinema infrastructure thus far. We aim at serving the entire nation with “CHHOTU MAHARAJ – Cine Restaurant” while bringing in a refreshing variety of cinema entertainment for masses.